Bug: the Strange Mutations of the World’s Most Famous Automobile

"A peppy, perspicacious cultural history of the Volkswagen."
-- Kirkus Reviews

"A super job ... Patton (writes) with authority and style ... This first-rate blend of business and social history should hit a chord of nostalgia with many readers. "
-- BookPages

What do Ferdinand Porsche, Adolf Hitler, Henry Ford, and Walt Disney have in common? They've all played a pivotal role in the development of the most produced and best known car of all time: the Volkswagen Beetle. Cultural chronicler Phil Patton brilliantly traces this distinctive car's evolution and its impact beyond the highway and around the world in BUG (Simon & Schuster; $25.00). Patton attests that "the Bug's mental life far exceeds its metal one. The Bug stands as proof that images and ideas swing through culture as if by their own power, evolving, adapting to new environments, latching on to new human champions, infecting new human beings with enthusiasm."

Since 1941, more than 22 million VW Beetles have been built. Originating in , Bugs have been manufactured in , , and , and driven with a passion across the . Today, the largest plant is far from the Bug's homeland-in . The New Beetle is a high-tech, high-style homage to the original and was unveiled in 1998. About a hundred miles from the factory, is infested with the "old" Bug-nearly two million of the species. In spite of their surface similarities-the signature shape and colors, proudly exaggerated in the 1998 incarnation-the old and the new Beetles are worlds apart, mechanically and culturally.

In captivating detail, BUG follows every turn and twist on the road from conception to icon. From to , from Madison Avenue to , Phil Patton illuminates how economic and political forces shaped the Beetle-and how the Beetle made its mark on history. Among many remarkable chapters in the car's biography:

For car mavens, history buffs, and anyone drawn to the unexpected detours of culture, BUG offers a rollicking, riveting, and eye-opening ride. Kirkus Reviews notes that "with brio and dash, Patton charts the long strange trip of the little bug that became a grand cultural totem."

BUG brings a fresh and exciting perspective to a story many think they already know. It has been compared to Cod and Brunelleschi's Dome.

Michael Graves Designs: The Art of the Everyday Object

"The democratization of design is the great design story of our age, and is the only serious architect who has participated in it with total, unconflicted zeal. Indeed it is no exaggeration to say that he is as much a cause as an effect of this phenomenon."

Melcher Media  presents MICHAEL GRAVES DESIGNS: The Art of the Everyday Object (June 2004, $24.95, 128 pages), written by Phil Patton and designed by Pentagram. A world-famous architect, has created more than 1,000 consumer products over the last three decades, elevating everyday objects÷from toasters to toilet brushes÷into icons that have redefined the American home. MICHAEL GRAVES DESIGNS offers an exclusive look at what Patton describes as Gravesā "generous and humanistic approach that links him with sources as varied as the Renaissance, the Bauhaus, and the Arts and Crafts movement."

In recent years, thanks to the commercial success of his landmark collaboration with Target Stores÷a partnership that recently marked its five-year anniversary÷Michael has become a household name, equivalent in the public eye with the very concept of "good design." In this new book he states, "In designing everyday objects, I want to encourage the impression of familiarity and also allow those objects to be seen in a slightly different way." In four original essays÷Figurative Design, Domesticity, Color, Scale÷Graves describes the thinking and themes behind his work, illuminating his unparalleled ability to create eye-catching, witty, and formally beautiful products with popular appeal.

Generously illustrated with more than 200 color images, MICHAEL GRAVES DESIGNS surveys a fascinating career in design and retail. Featured are instantly recognizable projects with the Walt Disney Company and the Italian tableware manufacturer Alessi, maker of Gravesā playful and sophisticated chrome "Singing Bird" teakettle. Since 1985, a staggering amount of two million of these teakettles has been sold worldwide. Also seen are projects with Sunar, Steuben, Belvedere Studio, and Dansk, among others. 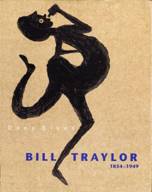 Bill Traylor has become an almost mythical figure in the history of American folk art. Born into slavery in 1854, he began to draw only at the age of 82 in 1939, when he moved from the plantation where he was born to . From his observations on ’s and his memories of his life on the plantation, he created his own original pictorial world. This book presents not only Traylor’s compellingly naive drawings but also fascinating documentary photographs that reveal the daily life of southern blacks—in particular Traylor and his milieu. These photographs, taken by Charles Shannon and by the Swiss journalist Annemarie Schwarzenbach, reminiscent of the works of Walker Evans, capture the atmosphere of and rural at the same time as Traylor was beginning to draw.

The contributors discuss Traylor’s life and work, placing them in their social and historical background. They tell the story of his many years as a poor and illiterate agricultural laborer; his extraordinary foray into the creation of art; his discovery by Charles Shannon, a white artist from the North; and his largely posthumous fame. They explore the relationship of his energetic pictures to African-American music, showing how his images pulse with the sensation of a live blues concert. And they discuss the economic depression and race relations in during Traylor’s time in in the 1930s and 1940s.

Dreamland: Travels Inside and Area 51

Made in : The Secret Histories of the Things that Made
A Book of the Month Club Book

Open Road: A Celebration of the
A New York Times Notable Book of the Year