Phil Patton (1952-2015) is best recognized as a journalist and author gifted who exhibited an extraordinary breadth and acute observation, often applied to quirky subjects with deft humor. He became a favorite broadcast commentator, educator, and contributor to museum exhibitions and catalogs. 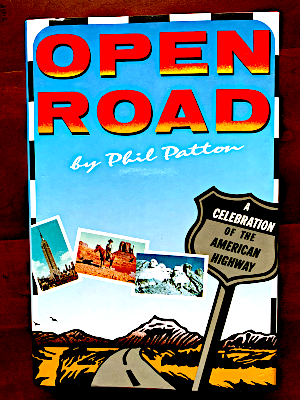 Author
In books on the culture of technology, from automobiles to aviation, and in explorations of the mythology of the American highway and secret aircraft, Phil Patton’s 40-odd books and catalogs offer surprising perspectives.

Among his titles: Bug: The Strange Mutations of the World’s Most Popular Automobile; Michael Graves Designs: The Art Of The Everyday Object; Open Road, a study of the American highway; Made in USA, named a New York Times notable book for its examination of American design and technology; Dreamland, on the lore of aviation and secrecy; and Bill Traylor: High Singing Blue, on the work of one of America’s most recognized folk artists.

Colleagues and editors excerpted his work in Top This and Other Parables of Design, published posthumously by Cooper Hewitt, Smithsonian Design Museum.

His byline is familiar to readers of The New York Times, where he created the “Public Eye” column and contributed to “Design Notebook,” automotive, style, and other sections, as well as the magazine. As Contributing Editor for Esquire, he authored “Design” and “Living Quarters” columns. He was a regular reviewer for Artforum and Contributing Editor for WIRED and International Design/I.D. magazines, as well as an early tech columnist for Parents magazine. 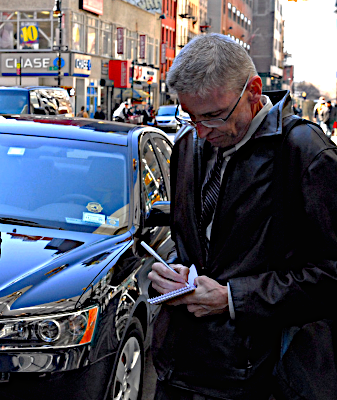 His stories on design and the culture of technology provide an unpredictable, sometimes quirky take on the familiar. He wrote about Studebaker collectors and slave-made furniture, coffee lid design and the architecture of hamburgers. His 1985 magazine cover story on Jack Telnack of Ford traced the design of the innovative first Taurus. In the early 1990s he predicted the return of modernism in his Archetypalism cover story for Seven Days magazine.

He was among the earliest faculty members of the School for Visual Arts’ Design Criticism program, where his coffee cup lids and literary works are archived. Earlier, he taught and lectured at the Columbia Graduate School of Journalism, California College of the Arts, Parsons School of Design, and Montclair State University.

He wrote catalogs and contributed to exhibitions at museums around the United States, including SAFE: Design Takes On Risk at the Museum of Modern Art (2005); Glamour: Fashion, Industrial Design, Architecture (2004 SFMOMA); On The Job: Design and the American Office at the National Building Museum in Washington (2000); and Surrounding Interiors: Views Inside the Car at the Davis Museum and Cultural Center of Wellesley College and the Frederick R. Weisman Art Museum, University of Minnesota in Minneapolis, Minnesota (2002-3).

Recognizing his seminal I.D. magazine article on the design of coffee cup lids, the Cincinnati Art Museum featured his collection of the lids in the exhibit, Caution: Contents Hot (2007).

A frequent speaker at museums and design conferences, Phil Patton often served as nominator and judge for such programs as the Chrysler Design Awards. He spoke at the Aspen design conference, the IDSA national conference, ACD Living Surfaces, Knoll Cranbrook design conferences, the San Francisco Museum of Modern Art, the Wolfsonian museum in Miami, Columbia Architecture School, and many other venues.

He was a regular commentator on CBS News and helped develop and appeared on a number of television series, notably Divided Highways, on the Interstate highway system (PBS), Autobahns (History Channel, 2000) and American Icons (History Channel, 2001). He was featured on numerous National Public Radio programs as well as many other broadcast outlets.

Consultant
He consulted for Knoll furniture, Spinneybeck Leather, frogdesign, Material Connection, and fashion and design clients in Japan and Europe. 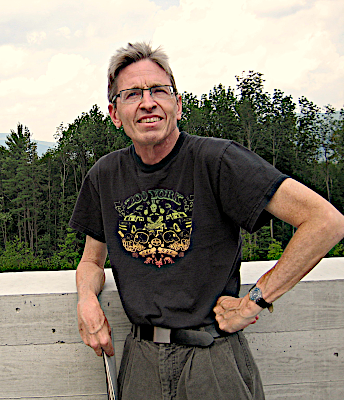 Personal History
Phil Patton was born Lewis Foster Patton in Raleigh, North Carolina, and lived most of his early life nearby, but the family homestead was in the western part of the state, in Patton Valley, near Asheville. His father, a WWII aviator shot down on the Eastern Front, sparked his early fascination for military aircraft, which can be recognized in Phil’s first book, Voyager, written with Jeana Yeager and Dick Rutan on their groundbreaking experimental aircraft flight, and in one of his last, Dreamland, about the secrecy of the government’s Area 51. His mother, Mildred, bestowed a love of books, and the Raleigh Fine Arts Society continues to award annual writing scholarships in her name, as well as her sons Phil and David.