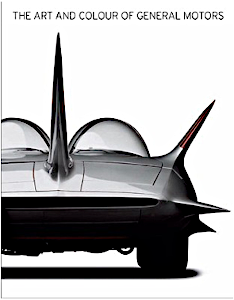 Celebrating design excellence that has stirred the American imagination for decades, this superbly produced volume showcases the cars that created General Motors’ legacy for the past 100 years, including the 1950’s “Motorama” dream cars that defined a generation. Written with complete editorial independence by leading automotive writers, The Art and Colour of General Motors benefits from new Michael Furman photography of historically important General Motors cars, as well as from major museums and private collections across America. GM Archives also provided historic images, many of which have not been seen by the public for decades.

The great walls and towers of curing wood marked the frontier. On the edges of the Durant-Dort coachbuilding factory in Flint, Michigan, circa 1900, hardwood was piled in a vast linear castle, awaiting transformation into carriages. In 1908, William Crapo Durant was 47 years old. Working with a partner with the mellifluous name of J. Dallas Dort, Durant, he had built the company from a seller of two-wheel, $12 carts into the country’s largest carriage company, offering a vast array of different models of landaus, phaetons, sulkies and buggies. In the process, Durant created the principle that was to become General Motors’ business strategy and ultimately its design strategy – offer a variety of models for different prices and uses. “Playing it safe all along the line,” Durant phrased it.

More than 100 milestones of automobile design are comprehensively portrayed in pictures and text, followed by a glossary of the major brands and biographies of the major car designers. 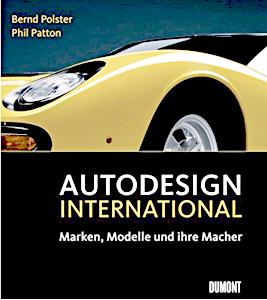 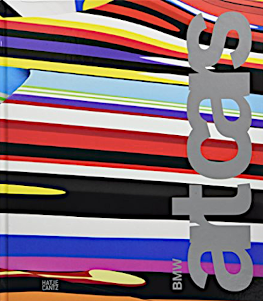 Robert Rauschenberg spent his life trying to erase the boundaries between art and life. His Art Car for BMW, the 635CSi he unveiled in New York in 1986, was different from other Art Cars. It was not a racecar, intended simply to be viewed bearing artistic imagery as it sped through curves on a track in front of an audience. It was a production street car, “off the shelf” so to speak, bearing images of great art from history, filtered through Rauschenberg’s unique style and approach.

Bug: The Strange Mutations of the World’s Most Famous Automobile
Hardcover and softcover
Published September 3, 2002 by Simon & Schuster
3 other international editions

A VW ad in the 60s described the Beetle and the Coke bottle as the two best-known shapes in the world. It is hard to imagine any other object whose biography includes as vital players Adolf Hitler, Henry Ford, Charles Manson, Walt Disney, and Woody Allen. As much a character as a car, a hero and an antihero, the Bug has had a Zelig-like knack for appearing again and again on the main stage of history. The car that was first built as a tool of Nazi propaganda was, in the postwar years, transformed by American salesmanship into a counterculture icon, then finally into a product of global marketing. 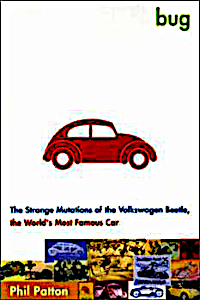 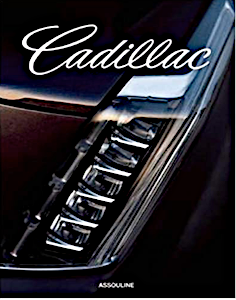 The first automotive book published by Assouline, Cadillac is a text-light, image-heavy book celebrating the 110th anniversary of the marque, with photography and classic advertising supplied by General Motors. A limited edition was also published. Phil Patton’s contribution was credited in the acknowledgments.

Cars, Culture, and the City
By Donald Albrecht, Phil Patton
Paperback, 100 pages
Published March 24th 2010
by Museum of the City of New York in conjunction with its exhibit of the same name.

The 2010 exhibit at the Museum of the City of New York and a related one at the New York International Auto Show explored the surprisingly significant role of New York on automobiles – and vice versa. It was the first exhibition to explore New York City’s century-long relationship with the car and marked the 100th anniversary of the Greater New York Automobile Dealers Association. The authors curated the exhibits and are part of this video produced by the Greater New York Auto Dealers. 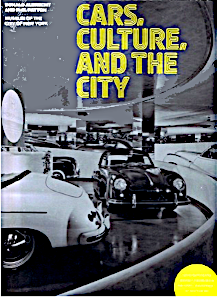 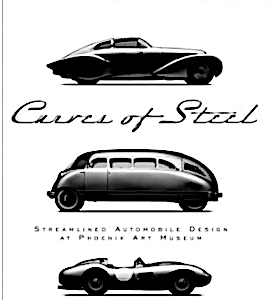 From the publisher: In 2007, the Phoenix Art Museum presented 22 streamlined American and European automobiles that demonstrated the intersection of style and aerodynamics in 20th-century automotive design. This updated, second edition of that landmark exhibition tracks the evolution of the streamlined shape from the 1930s through the 1990s. Includes essays from many of the world’s great automotive writers. Each car is presented with historic images and elegant, modern photographs .

Designing the Taxi
A publication of the Design Trust for Public Space, 2005
Oversized paperback, 60 pages

In the days of massive Ford Crown Victoria and Chevrolet Impala taxis, long before Uber and its competitors entered the shared-ride space, the Design Trust Taxi Project laid the groundwork that brought environmentally sound, safe, and comfortable taxis to the city, to serve as templates for similarly responsible transportation elsewhere. In his essay, “The Taxi as Icon”, Phil Patton explores the powerful appeal of the New York taxi. 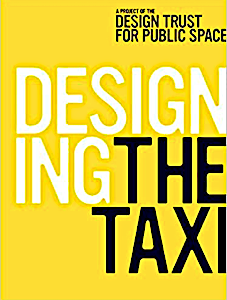 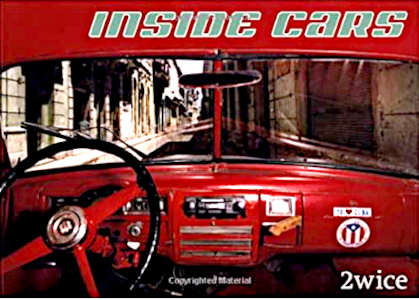 
Excerpt from essay entitled “Control” by Phil Patton:
One day in 1916, the artist Henry Matisse asked his son and driver, the 16-year-old Pierre, to pull off the road along which they were driving, in the south of France. Matisse painted the scene–perhaps the first artistic view out of an automobile interior. That Matisse, an artist fascinated with ambiguities of space and surface, of windows and mirrors, of decoration and depth, should have been attracted to the automotive interior so early was an augury of the future

Not only would the car interior become a focus for artists interested in its experiential and perceptual issues, but those issues would shape its design. The automobile interior soon began to be designed in recognition that it was a space where representation–needles and gauges, symbolic materials and shapes–interacted in a very modern way with experience and perception, with consciousness ruled by motion and speed. Interacted, in short, very much as symbol and perception interacted in the most interesting modern works of art.

Safe: Design Takes on Risk
By Paola Antonelli (Editor), Phil Patton, Marie O’Mahony
Paperback, 216 pages
Published October 15, 2005
by the Museum of Modern Art as a catalog for its exhibit of the same name.

Phil Patton’s essay, “Design for Destruction,” explores competing design goals for automotive designers: on the one hand, making their product safe for drivers and passengers; on the other, celebrating speed and aggressiveness. 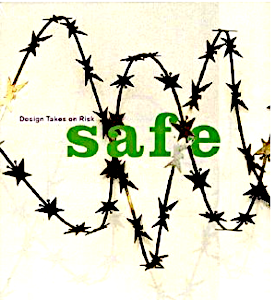 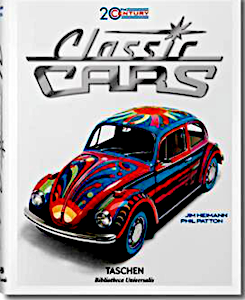 From Goodreads: Automobiles of the 20th Century offers a lush visual history of the automobile, decade by decade, via 500 plus print advertisements from the Jim Heimann Collection. Advertising has always been the dream work of industry, and nowhere is this more evident than in the world of auto advertising. Narrated with introductory and chapter text by New York Times automotive writer Phil Patton, as well as an illustrated timeline and sidebars, this volume highlights the technological innovations, major manufacturers and dealers, influential historical events, and the influence of popular culture on car design.

From BMWNation.com: The American launch of the small 1 Series was a momentous occasion for BMW. In celebrating this event, they provided first-year owners a hardcover, limited edition copy of the “Year One Of The 1” commemorative book. This beautiful book features full-color imagery and exclusive editorial content from noted journalists.

Excerpt from the Phil Patton essay, “Lines of Concentration”
The essence of any art is concentration. A sonnet sums up a whole love affair, a novel concentrates the emotions of a war, a painting distills an entire landscape — even the art of the chef is boiled down to her stocks and sauces. So it can be with a car. 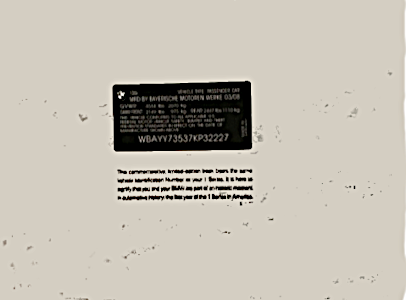