He Drew the Blues 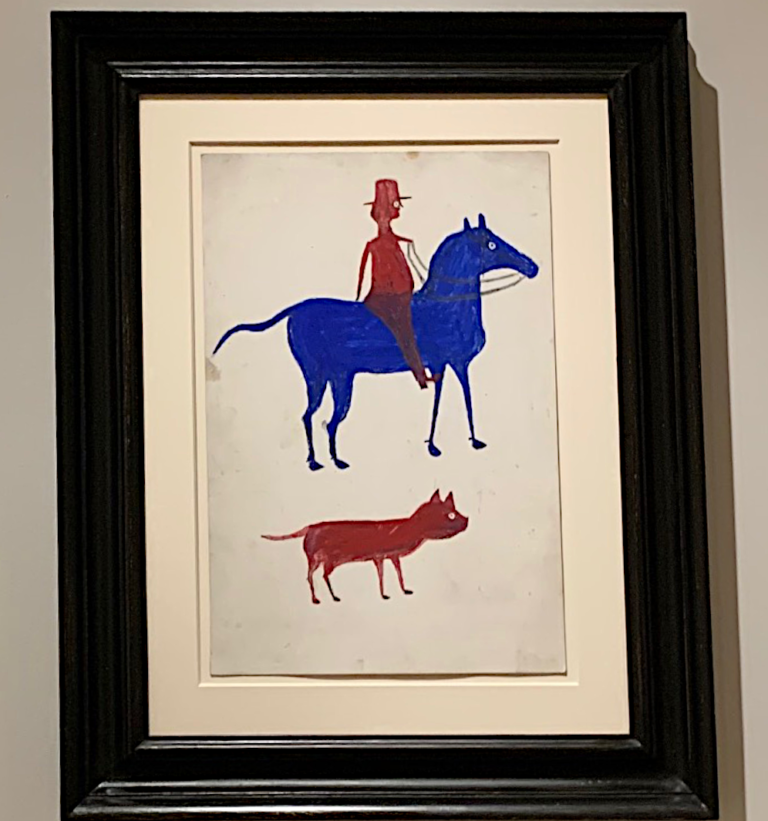 IN JUNE OF 1946, the readers of Collier’s magazine flipped past a report on “What Russia Is Up To” and an essay by Henry Wallace to encounter the strange tale of “Uncle Bill” Traylor, a black man who “through some capricious blunder of the centuries” was “painting exactly as his African ancestors did, hundreds and even thousands of years ago.

Collier’s, astonishingly, was the only place you could have read about this major figure of American art for thirty-some years. Not until the ’80s would Traylor reemerge as the star of the influential Black Folk Art show. Now Roger Ricco and Frank Maresca, who run a TriBeCa gallery devoted to what are sometimes called “outsider” artists, have edited a book for Knopf reproducing 144 of Traylor’s paintings and drawings. And this winter, Hirschl & Adler Modern will mount a major Traylor show in New York.

Traylor himself would say little to the Collier’s writer, so the man got his information, as Ricco and Maresca did, from Charles Shannon, a young artist who liked to visit and sketch the colorful world of Monroe Street in the black part of Montgomery, Alabama. One day in 1939, Shannon spotted Traylor working there, befriended him, and learned his story.

Born into slavery in 1854, Traylor left the plantation for town at age eighty-four, after “his white folks died.” By night he slept in the back of the Ross-Clayton Funeral Home, and by day he drew constantly in front of the Red Bell Cafe, working on the street, like a blues singer, a pencil in his right hand, a straightedge and a knife to sharpen the pencil in his left.

The Collier’s story resulted in the sale of a picture of a mule to a Chicago man for $25. Traylor asked Shannon to keep the money for him. The prices in the Hirschl & Adler show will range from $10,000 to $28,000.

What is true is that there is something outside of time in his depictions of the plowing and possum-hunting he remembered from his days on the plantation, and of the characters he saw on Monroe Street. Traylor may be to American art what Robert Johnson is to our music. His images are visual daydreams, both weird and witty. His horses and mules are as agile as deer in cave paintings, as graceful as Sioux buffalo, as whimsical and zoologically imaginative as Dr. Seuss. His human beings are drunken preachers and preaching drunks, with stovepipe hats and box legs, bent like blues notes as they clamber over houses and abstract structures through which dogs trot and possums run.

The full article is behind a paywall in the Esquire archives.