Something in the Sky 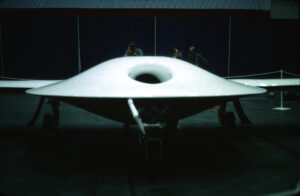 ” IT WAS THE MOST BEAUTIFUL SUNSET I’D EVER SEEN,” SAYS STEVEALLEN, who has seen 50 years of sunsets in central Texas. “That’s what I first thought.”

It was Jan. 8,2008, and the trucking entrepreneur was sitting around a fire outside the Selden, Texas, home of Mike Odom, his friend since first grade.

hen he saw the light — orbs that glowed at first, then began to flash. “There was no regular pattern to the flashing,” he says. “They lined up horizontally, seven of them, then changed into an arch. They lined up vertically, and I saw two rectangles of bright flame. That’s when I knew it was a life-changing experience.”

He watched the lights drift north toward Stephenville, the seat ofErath County. “They came back a few minutes later,” Allen says, “this time followed by two jets — F-16s, 1 think.” Allen, who owns and flies a Cessna, has seen plenty of military planes over the years. “The jets looked like they were chasing the lights, and the lights seemed to be toying with them. It was like a 100-hp car trying to keep up with a 1000-hp one.”

That night, James Huse, a former Air Force navigation specialist, was in downtown Stephenville saying goodnight to a couple of friends. “Out of the corner of my eye I saw two red orbs moving overhead,” he says, “the reddest things I’d ever seen in the sky. They came right in front of me at 2000 ft about half a mile away. They weren’t going that fast, maybe 60 mph. They didn’t make any noise.”

Outside Dublin, about 15 miles southwest of Stephenville, Constable Lee Roy Gaitan finished eating a slice of his wife’s birthday cake, then headed out to his patrol car to get his wallet so his family could watch Mr. Bean on pay per view. That’s when he saw the lights.

It all added up to the most dramatic UFO incident in more than a decade.

The Stephenville sightings had all the elements of a classic UFO incident — first reports, official denials, independent witnesses stepping forward, the Texas dairy town of 17,000 with the statue of a cow in the main square had joined Roswell, Area 51 and other small places as an iconic name in the annals of UFOs.

There is no dispute that UFOs exist-that is, objects flying through the sky that are unidentified. (In fact, one in seven Americans say they have seen UFOs.) But that, of course, does not mean they are ships from a distant galaxy. We humans tend to leap to conclusions, imagining alien spacecraft while discounting more likely explanations.

Over the centuries, the technology to record UFOs has evolved from marks on clay to video clips, and the causes of ightings may have changed from comets to secret aircraft, but the psychological pattern endures: It is the story of people projecting hopes and fears onto objects in the sky.

To read the full article, including maps, secret military aircraft and climatic phenomena, go to page 55 at https://archive.org/details/PopularMechanics2009-03/page/n55/mode/2up